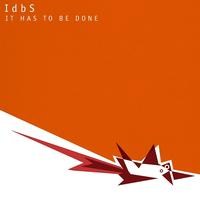 Idbs: It Has To Be Done

Normally, most artists would be excited to share their thoughts, ideas, influences etc. about their music, but not Idbs. In fact, he makes sure to let the people know this by tacking a polite but straightforward note on his Jamendo page stating: This text is useless as the music speaks better of the artist than itself.

True enough, the music does communicate itself very well. It Has to be Done is a beautiful mix of acoustic, folk, pop and even rock & roll. It’s a gorgeous album beaming with soulful guitar driven love songs with the occasional and unexpected touch of alternative grunge.

When you hit play, you’re greeted with Me Ire Colorado. A slightly trippy, slow Spanish track that makes you think of dark alleys or dark and quiet lakeside haunts. Even though it’s a bit short, the song is enough to make its impact. The barely-there vocals add a nice, almost romantic, element to the song as well. Gloria and Tet, is a lovely and short Cowboy-style-guitar-song-over-a-bonfire. The song is sadly a bit too short but I guess it helps to keep the interest running.

Switching gears with And Then, the song is a laid back cut that’s relaxing in a weird way. The low-key vocals are still there and it adds an air of interest to the song and beautiful piano work. On the other hand, Fire is probably the loudest track on the record. It’s a mix of alternative, psychedelic rock that’s definitely a pleasant cut for most rockers.

The album is definitely a great find if you’re looking for something new. It’s one of those records you pop in your player and just leave playing as you do your work, relax, reflect or do whatever.

You can download the album on Jamendo. You can also check out the rest of the artists’ records from there. Everything is available under a Creative Commons license.

Related Links:
Idbs on Jamendo
Idbs Official Website
Idbs on The Sixty One

This work is licensed under a Creative Commons Attribution-ShareAlike 2.0 Chile License.