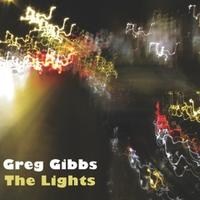 If you’re looking for a relaxing electro indie pop album, you might enjoy The Lights by Greg Gibbs. Compiling 20 great tracks in one record, the singer/songwriter is definitely on a roll with his third release.

The singer is currently based in Chicago. He has released two previous albums, 2007’s Raincoat and 2009’s Hemoglobin, which you can both get for sale at iTunes.

This third compilation, The Lights, is filled with beautiful electro pop tracks that would make a lovely background to a quiet, relaxing afternoon.

Greg Gibbs is essentially a one-man band and a part time musician. By day, he takes care of his Chicago bagel shop while on off-hours, he records, writes, mixes and plays music. Almost all his songs are recorded in his own apartment.

The Lights is the third compilation for the entrepreneur/musician. It took almost 2 years before all the songs were in shape and put together into the third album. Most of the cuts on this record are a mix of dreamy pop and indie rock with a mix of electronic samples, characteristic of Gibbs’ sound. It was released back in January 2011 and so far it’s been garnering quite a buzz in the Chicago local indie scene.

There are 20 songs in this record that you can fall in love with, but I would suggest you don’t miss out on the following tracks: Time Capsule, Orwellian Soccer Blues, and Wasted Plans. Of course, the rest of the tracks are equally enjoyable.

Give this guy a listen and download the album. You’ll certainly find at the very least, one song you’ll love.