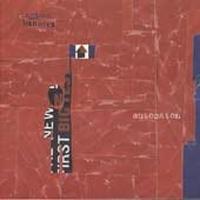 Automaton is an interesting collective from Seattle, USA. Clarions and Banners is their second compilation since they formed back in 1998. Initially known as Automaton Adventure Series, they decided to keep the moniker simple and went with just Automaton for their recent releases.

Creating a fusion of alternative indie rock with slight touches of noise, the group admits to being heavily influenced by Sonic Youth and Fugazi but they have slowly deviated and discovered their sound. This is a beautiful record that resonates with charm and energy.

The band is described as “a political band in the subtle and unboring manner of Fugazi….” They are made up of Pat Kearney (guitar, vocals), James van Leuven (drums), and Chris Duryee (bass). Currently, they have three compilations released on Jamendo. Each one is available for free download and under a creative commons license.

Clarions and Banners compiles 12 tracks that blend together effortlessly. It opens with Song X, a slow indie rock affair with moody guitars and a somber melody. Easily one of the best tracks on the record, the song emanates with a Sonic Youth influence. It’s followed by a progressive, noise indie rock cut, Safe Bet. One of my favorites in the record. I love the seemingly incoherent, warbled vocals and rockish vibe you get from this song.

Other cuts worth checking out from the compilation include the dark, Desert Song and the atmospheric, Scientific Automaton. Meanwhile, USS Therapy is also a cool track with a trippy feel to it. The vocal work and smart lyrics is enough to make you want to listen to it over and over again.