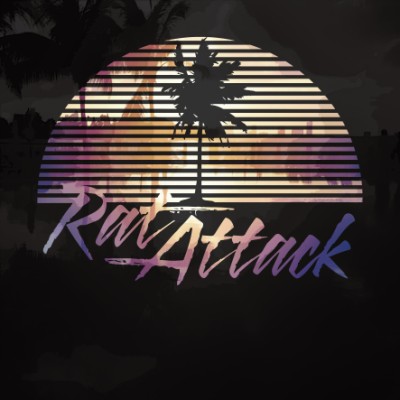 Rat Attack likes it loud! These boys have a knack for creating pop punk party music that easily gets people jumping up and down. If you’re looking for an album that you can chill out to in the corner as you read your favorite book, well, this isn’t the one.

Filled with 5 fast, crashing and thumping tracks; this self-titled debut leaves you no rest at all. It is energetic from start to finish with some guaranteed fun times for good measure.

The band is made up of Mike Hodges, Charlie Wesson, Dan Wilson and James Flavell. The boys are currently based in Exeter, England.

A Bird in Hand opens the party doors and sends it crashing. The song is fast, furious and has enough spunk to convince you to listen. You get great instrument work where you can easily jam to the beats; guitars are kept crunchy and there’s a nice bassline on there as well. Vocal work is also expressive and energetic.

Facehooked is a slight protest song for a certain social website we’re all too familiar with. It’s all about griping and shouting but coupled with a nice hook; making it a fun track to listen to. This is probably one of my favorites in the compilation. It’s followed by the shortest track on the EP, Look Back and Laugh.

The last two cuts, Heartbeat and Bad Catholic are the two tracks with music videos already released. The former cut is a catchy single with nice pacing. It’s simple but it definitely works. The latter on the other hand, storms through with glaring, old school style riffs before transforming into a full pledged pop punk number.