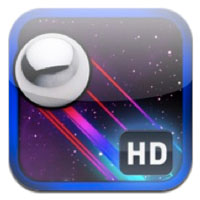 Most of you might be familiar of the retro game, Arkanoid. The main point of the game was to bounce a ball off a moving platform in order to break down various colored bricks. This was a very popular game during the time and quite a lot of remakes were done along with a similar gameplay.

Break is another one of these remakes but this time, it’s set and made perfect for the iPad platform. The game was developed by Jirbo Inc. and made available as a free download on iTunes. It works on the iPad, iPhone and  iPod Touch.

This remake isn’t much different from the original in that they actually have the same rules with only a few additional features that players can enjoy. The basic gameplay applies as well. Basically,  you have a ball on a movable platform. Your goal is to get rid of all the colored bricks by having the ball hit each one of them. It’s also possible to hit multiple bricks at the same time depending on how the ball bounces around. There are also a few additional power-ups that you can take advantage of.

Since it’s made for the iPad, the game requires you to constantly touch the screen while playing since you need to move around your little platform to deflect the ball. Lifting your finger off the screen will automatically pause it.

Pretty much, this is the same exact game with a few little tweaks here and there. The game looks great on the iPad’s big screen and there’s a total of 99 levels that you can play. Perfect if you want to kill some time on your break.