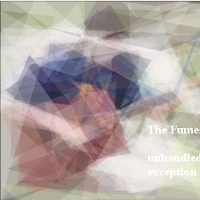 Remember Blues Clues and that striped sweater wearing guy named, Steve? Well, this isn’t him (although he’s actually a musician too) but I imagine, The Fumes, could have easily played the part of the guitar wielding Steve in the show.
One listen to Unhandled Exception and you’ll probably see/hear it too. This guy churns out acoustic folk pop cuts that immediately made me picture children sitting around on a park  with the singer at the center and singing along to his music.

Now, this can either be good or bad depending on your taste, but personally some songs in this acoustic folk pop record are worth a listen.

This 8-track record is only one of 7 compilations the singer has released so far. Every single record is available as a free download on Jamendo under a creative commons license.

I’m going to put it out there that not everything is amazing in this album. I only like several songs but I think it’s good enough to check out. Some of my picks include the charming acoustic folk cut, Clocks. Listening to this song makes me think of all the fun times, where sunny days rule and afternoons spent lounging are the main agenda. Separate is also another track you might want to play during cold or gloomy days. The song has beautiful lyrics and it’s subtle vocals and strumming makes it a winner in my book.

Finally, Short End to a Long Story, perfectly caps this folk pop record. The song is short and sweet, and if you listen closely, it’s actually about suicide. Nevertheless, the song is a beautiful expression of grief and the singer perfectly captures it’s essence.

Although not much is written about the band or singer online, there’s no doubt that the music leaves a special touch for its listeners. Unhandled Exception provides good production values, simple lyrics and vocal work combined with some catchy melodies. Whether it actually reminded you of Blues Clues or not, some tracks in this record definitely deserve space on your music player.