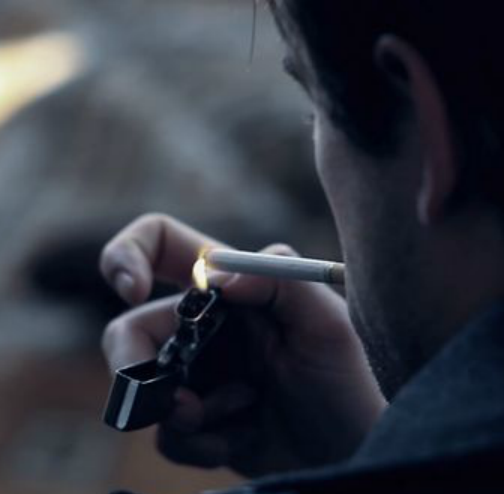 Created as a thesis film; Sad Little Men is a dramatic story about jealousy and how chance circumstances can create a complicated web of events.

The film is a short one, with less than 20 minutes running time and stars Jason Ralph & Will Whatley. Behind the scenes is Samuel Aaron Bennett doing majority of the work from directing, writing, scoring, shooting and editing.

With only $1500 from Kickstarter donations, production was started and a 3-4 day shoot was planned in NYC to create this raw yet compelling short film.

The movie starts with a car scene. Two men are seen arguing while the other one brandishes his gun in the air. The argument escalates and one of them ends up getting shot. Thus, begins the film and the complex fate of the characters in Sad Little Men.

There’s no real protagonist in the film. Both men seem to be following their own fate, one is haunted by jealousy and resorts to murder, while the other tries to get on with his life and happens to be in the wrong place at the wrong time.

If there’s one thing to praise the film after watching it, it’s probably the tight editing. The clever sequences helped quicken the pace without sacrificing content. It might seem rushed for some but for the amount of time and budget afforded the crew, the film looks quite polished. The storyline and plot are intriguing too and I love how the viewer is left to decipher what’s in between.

Technically, the film is superb. It comes with great cinematography and scoring, which is expected from someone who has majored in the subject. The only thing I wasn’t really keen on was the script, certain lines seemed a little too trite and obvious. Although this isn’t a major issue, it does rob the viewers a little bit of enjoyment from watching the film. In spite of this, you get a really well-put together story that should be worth checking out.

Samuel Aaron Bennett is an English born film maker and composer that’s currently based in New York. Bennett is a graduate of Classical Composition from Purchase College. As a composer, he has written quite a few chamber pieces including two orchestral pieces and film scores. This short film is his first foray into proper film making. Currently, he is preparing to work on a new short film which he plans to start shooting in Spring.