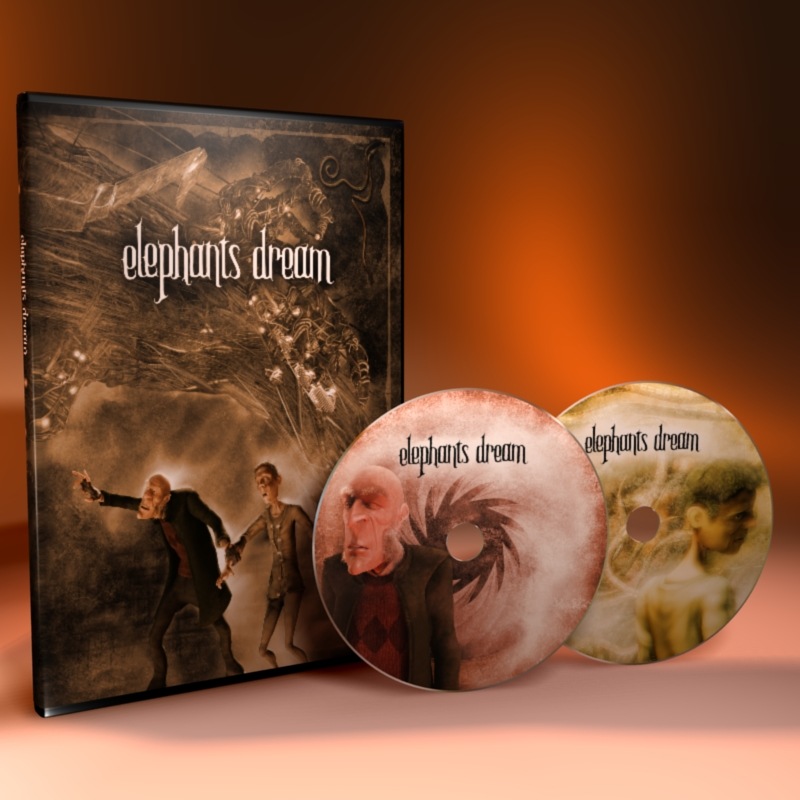 There are times when we just seem let our minds create a world of our own, although most of the time, our own worlds are never understood by other people. That’s what Elephant’s Dream is all about.
Rendered and animated from Creative Commons licensed works and sources and using open source applications such as Blender, Elephants Dream has been dubbed as the world’s first ‘open movie’.

The digital short is full of charm and power to evoke a lot of emotions from it’s viewers’. With over half million downloads and still counting, it’s one short animation that you should check out; most especially if you are into those movies which make you think deeply.

At first glance, you probably won’t even understand the plot. So there’s Proog and Emo, and Proog seems to be touring Emo around some kind of machine dimension – but it doesn’t stop there. Understanding the real meaning of the movie might be a bit hard, but once you get the grasp of it, you’ll realize that it’s poignant, touching and quite true.

Produced entirely using open sourced graphics software like Blender, Gimp and Inkscape, Elephants Dream was created in Amsterdam by a team of six people from the Orange Open Movie Project. The project was initiated by the Blender Foundation, although they do not have any intentions of being a full-fledged animation studio.

By keeping such projects content focused and temporal, it also is possible for a wide range of currently active volunteers to participate. Not many people are in a position to give up a career (study, job) to become full-time employed on the projects of their interest. But there are many active volunteers prepared and motivated to do this incidentally for shorter time spans.
Whilst Project Orange’s prime target is to create an outstanding movie short, the secondary goal is to research efficient ways to increase quality of Open Source projects in general.

The animation’s soundtrack was also released under Creative Commons and it is available as a free separate download if you wish to listen to it after watching this amazing short.

Because of the overwhelming success of the first open movie project, Ton Roosendaal, [the producer of “Elephants Dream”, established the “Blender Institute” in summer 2007. This now is the permanent office and studio to more efficiently organize the Blender Foundation goals, but especially to coordinate and facilitate Open Projects related to 3D movies, games or visual effects.
In April 2008 the Peach Project, the open movie “Big Buck Bunny”, was completed in the Blender Institute. In September 2008 the open game “YoFrankie!” was released.

This free movie is licensed under Creative Commons Attribution 3.0. You can download it by clicking on the Download Movie link above and then your download size from the options on the bottom of your screen.