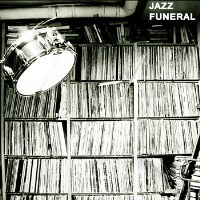 Lifting their name from a term used in traditional New Orleans funerals where music is played, Jazz Funeral is a pop rock band that entertains as much as they mystify.

Essentially rock with a sometimes gritty pop punk (even emo) sound, the album is a nice introduction to the singer’s sound. This is a debut compilation for the singer and it seems like much of his philosophy and lifestyle is embedded in the tracks.

The songs in this album are a product of several years of the singer’s life. Some of the songs were written as far back as 2008-2009 while the entire record was recorded after Paul graduated from college. It was then released last year on March 2011.

The artist is quoted in an interview with Absolutepunk, stating: “I wrote all the songs myself; I had somewhat of a grand vision for the record and I wanted to put everything I had into it. I wrote ten pages of production notes before I even got into the studio, so I knew exactly what I wanted and I really just wanted it to be me, to have who I am as a person come across in album-form.”

Indeed, he seems to have achieved his vision for the record. The tracks in the album range from haunting,  Hymn to the melodramatic and emotional single, Coping. It’s not all doom and gloom though. Rosary Beads is an upbeat pop punk track that can be mistaken for something that belongs under emo punk group, Taking Back Sunday’s roster, only a tad more whiny.

Regardless if you like pop rock or emo punk, you’ll probably have fun with this. Once you get past the trippy, sometimes overly emotional singing, you’ll easily discover well-written and recorded cuts. Go ahead and grab the download. You’ll find this one for free over at BandCamp.