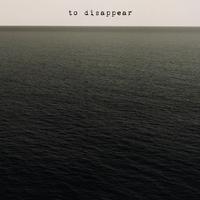 To Disappear: Into E.P.

A rough, melodic, indie alternative rock album – the Intro E.P. by To Disappear that will certainly make a statement. The band resonates with a Joy Division/ The Cure vibe that transports you back in time.

Hailing from Canada, the group is composed of Ben Sharples, Xavier Martinez Galiana, Jeremy Royal, and Scott Barrow. All of the members shared a common love for 90s alternative rock and Morrissey-esque, melancholic pop and from there the band was born.

Intro E.P. was recorded at a home studio and is the first official demo for the band. It’s a beautiful mix of haunting vocals, shoegaze rock and pop melancholia.

Coated with Xavier’s unique sounding vocals, Intro E.P. makes quite a statement as it opens with the rockish track, To Be By Your Side. Although they’re not as heavy, the vocals do remind me of System of a Down’s Serj Tankian’s unique chops. There’s a one of a kind edge to it that is both appealing and interesting to listen to. This is perhaps my favorite track on the record and is then followed up by the upbeat 80s-like single, Carousel. The song makes me think of sunny days in suburban America. It has a catchy beat that any listener will enjoy. TBC is another cut that’s worth checking out. The song is filled with sweeping instruments that’s topped with powerful, expressive singing from Xavier. Finally, the demo is capped off with the short and moody, Amourette. The song is a quiet shoegaze ballad that is perfect if you want something low key yet melodic to play at the background as you go about your day.

Overall, this mini EP is a great introduction for the band. It’s filled with really good songs that are easy to like especially after just a listen or two. The album is available as a free download and licensed under Creative Commons.