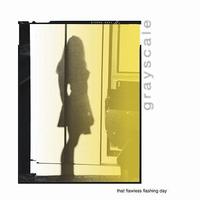 Grayscale is an indie pop band that creates feel-good acoustic music you’d love to play anytime of the day. The duo is made up of Douglas Dunbar and William Weaver. Sharing a common love for bands like U2, The Cure and Snow Patrol, among others; they immediately got together and recorded rough tracks that eventually became a part of their debut album, That Flawless Flashing Day.

So far, the duo has released 5 compilations, including one Christmas album. Their brand of pop music ranges from acoustic, guitar infused tracks to dark, moody, alternative rock. With “Douglas’ colorful and personal lyrics and William’s spacey melody lines,” the duo makes a statement and wins over fans as they grace the world of acoustic pop rock music.

Since their inception, the guys have come a long way. Their music has been featured on shows like MTV’s Teen Cribs as well as The Planetary Society’s “Planetary Radio.” They were also up for a nomination ballot in the 2007 Grammy Awards, some of the categories they were included in were for Best New Artist, Best Duo or Pop Group and Best Traditional Pop Album among others.

That Flawless Flashing Day is a simple, laid back compilation that encapsulates pop music. With opening track, Thermals, you get a sense of a 90s influence, which is further highlighted by its low-key guitars and raw vocals. Meanwhile, TMI, is a more fun, upbeat cut that pretty much belongs to the soundtrack of a teen show.

As a change of pace, Out in the Cold and Large, are more moody and atmospheric than the rest of the cuts. The resident acoustic sound is still there but this time the duo adds a subtle dark accent and showcase lyrics that are more reflective than the other tracks.

You can grab this album at Jamendo. It’s available as a free download and licensed under Creative Commons.