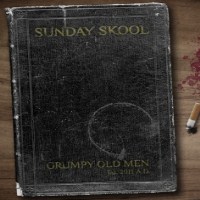 The artist first debuted on the pages of the blog after releasing his second album, Spring Cleaning which to date has reached nearly 300,000 downloads! For that album, he collaborated with a variety of artists and musicians to create a stunning, laid back hip hop record anybody can enjoy.

This time around, Schpitz collaborates with Pete Sayke, forming a new group called, Grumpy Old Men.Â Sunday Skool is their debut record and it seems to be heading the same route as his earlier release. It’s packed with good beats that should get listeners to take notice.

Hailing from Kansas, Mike first started in a local group called Fun House. They became quite the crowd pleaser in the local scene, managing to snag headlines after just one open mic performance. After a successful run, the group parted ways and Mike found himself in Chicago. He managed to impress almost everyone he encountered thanks to his adept skills and lyrical ability. It wasn’t long before he released his first full record, Sunday Drive. This met plenty of positive response and helped solidify a good following for the rapper.

As mentioned, Sunday Skool is his new record under a new group and partner. The album comes with 13 tracks that feature Mike’s signature grooves. Working alongside great artists & producers likeÂ Scheme, Neak, Dre Dai, Sin Castle and LONEgevity; the album flows with solid rhythm as well as great production from beginning to end.

Tracks like The Wake, Hell Naw, and There Goes The Neighborhood, are enveloped with a catchy hip hop vibe. Although majority of the tracks on here are typical and nothing new; there are plenty of cuts worth listening to. Personally, title track, Sunday Skool is among my favorites. With its worship song element, the song is familiar and comforting like a pair of old, reliable chucks. You can wear it everyday and not get tired of it.

Overall, you get one cool and well put-together record with this one. Mike Schpitz knows his way around the mic and with a new partner in crime, Grumpy Old Men are a real treat to check out.