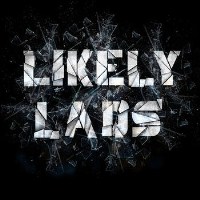 Admitting to be fans of the Libertines, it’s not difficult to see the bands’ influence on the Likely Lads. This three piece crew first got into music after attending a Leeds festival. Inspired and motivated, the members: Ross McLeod – vocals/bass, Ashley Harding – lead guitar, Ben Porter – rhythm guitar and Jordan Maher – drums joined forces and started recording their songs.

Tiptoeing between new wave, alternative and indie rock, Melrose Yard Demos is the band’s foray into a compilation album. It has 15 tracks that are upbeat, indie rock affairs you can dance and sing along to if you need some perky music to keep you company.

Armed with a slight cockney accent, The Likely Lads seems like just another new wave/hipster rock band. Of course, their sound is quite similar but this is also what makes them fun and enjoyable to listen to. It’s this familiarity with the  musical genre that’ll make listeners want to check them out.

The album includes demo tracks that the band created and compiled over the months they’ve been together. A few tracks worth noting include Not To Fussed, along with its smooth dance floor friendly beat. There’s also cuts, Not For Me, My Life and Don’t Have a Clue, which are easy listening tracks you can leave playing to help cheer up your day a bit. Occasionally, the boys slow it down like in, Time Will Tell.

According to the band, they’re all about the music but at the same time they’re also people. When it comes to the lyrics, they say these “are all based on real life experiences…most importantly we actually live the life we sing about.”

Overall, if you love British hipster/new wave then you should check these guys out. They’re not revolutionizing anything but give them time and they just might. For now, take a listen to the Melrose Yard Demos and enjoy.