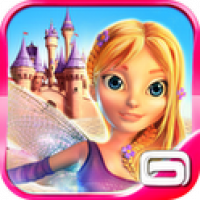 Love creating your very own world and giving it your own personal touch? Or are you rather the type who loves playing Cityville? Whatever may the game be, Fantasy Town is surely a game that will keep you smiling for endless hours.

Brought to life by Gameloft, this developer has really kicked the gaming scene on Android & iOS to the next level. Gameloft has produced some of the greates titles in the history of mobile gaming, such as the Prince of Persia: Warrior Within, Assassins Creed, Asphalt Series and more. Fantasy Town is a free game and definitely one of the yummiest till date.

As the name suggest, this place will give a proper shape to your fantasy and it really knows how to do it with full-fledged panache. In-game, players can guide their villagers to unearthing treasure, farming exotic plants and building a successful village of their personal design.

Fantasy Town features some really awesome characters like Mythic Beings, Stout Dwarves, Mystic Fairies, and a host of other magical creatures. Furthermore, players can also interact with their villagers, accept their quests for special rewards and keep all the inhabitants happy.

The app also packs-in its own share of mini-games, under which, players can move away from managing their town and go on to explore wild lands and fight dark beasts. The game gives an all-new meaning of to social-gaming with the help of adding real-time friends to the circle. The game also facilitates the exchange of gifts between friends and make the town much more better.

Overall, the game has a very nice touch to it and has an amazing intuitive feel to it. As said earlier, if Cityville is the game of your calling, then Gameloft has certainly satisfied your hunger for Social-Gaming.