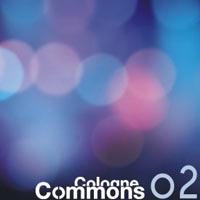 Treat your eyes with another stellar short film by Alex Schulz. Inner Steppe is a stop-motion animation based on the work of Herman Hesse and Carl Gustav Jung.

Just like the character of Harry Haller in Hesse’s Steppenwolf, the film revolves around an isolated main character who traverses the inner landscapes of his ego consciousness and collective unconsciousness. Through this process, he meets different characters that impersonates his repressed needs and pleasures in life.

The film is quite a handful at first glance, but it’ll grow beautifully on you after a second or third play. Its deep psychological foundation will challenge your mind in dissecting symbolisms and metaphors that were sprawled all over the 5-minuter.

In addition to its brilliant story is the amount of detail and passion that’s been put to it. It plays like a surrealist painting brought to life. You may categorize it as an art film, but it’smore than that. Stop motion animation is not an easy thing to pull-off, but the creators’ sheer talent and creativity had made this film standout in so many levels.

Hands down. Alex Schulz and his colleagues have made Inner Steppe an utterly amazing short that will surely stand the test of time. I will not be surprised if this piece will still be playing, even after ten years.