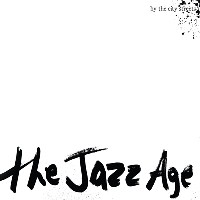 The City Streets: The Jazz Age

Don’t be fooled by the album title, The Jazz Age, it isn’t filled with sweet, soulful jazz music. Instead, what you’ll get is a melancholic (sometimes energetic) compilation of alternative pop rock.

The album is actually an open book of sorts for member, Rick Reid, as it chronicles and narrates some of the worst times of his life.

This is the third self-released album from the trio. Released under Clamour Records, it is laced with a beautiful story line about a love affair that didn’t pan out and the hurt, frustration, anger and various emotions that come crashing in afterward.

With the singer singing about a dark moment in his life, the album resonates with a reality that’s hard to ignore. Opening with Midnight Sun, the track is a moody and dramatic alternative cut that features Reid’s jaded vocals. You can sort of feel the anguish and the frustration in the song lyrics. It’s a nice opener even if it only represents a small fraction of what the record is about.

On certain tracks like Irish Rose; the group brings out their rock side. There’s a touch of  heavier alternative on there but the overall feel of the song is that of a 50s rock and roll track. The kind you can expect to be played in some diner. Meanwhile, songs like White Noise and the title track, The Jazz Age, are both mellow, rockish pop ballads that deftly captures the emotion of the singer. Both are quite melodic yet parts of it singals hope and that all is not lost. They cap off the album in the same melodramatic note with All is Grace. The only difference is that there’s a marked optimism in this track that lets you know that the singer or the person here is going to be okay despite all the reverie and sadness.

The City Streets seem to have an ace up their sleeves. Their sound is captivating in an “I-can-relate-with-all-this-post-breakup-blues” kind of way. They’ve certainly proven they can create endearing pop alternative folk song with a heart. Let’s hope they can breakout more and impress with their succeeding records. Go ahead and take a listen.