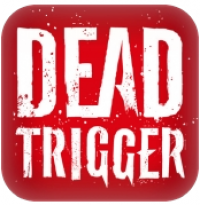 All the hardcore gaming fans with a thirst for some eye-popping graphics, it is time to welcome the ultimate in mobile gaming in the form of Dead Trigger. This is one game where Zombies will make you squeal and gore will become a part of your life.

Dead Trigger was developed by Madfinger Games, the developers of the most visually outstanding games, such as, Samurai Vengeance and Shawdowgun. The developer has gone one step ahead in the fight against piracy within the Android ecosystem, and made Dead Trigger available for free. Commendable job we say.

Dead Trigger makes the most deadly first impression on any gamer. The graphics are stunning, the action is fast-paced, and the blood splatters just as it should. This game actually matches up-to a current-gen console game, but falls short of it when you begin playing it. The sole reason being the length of the missions, it is just to short and finishes off before the player realizes.

This is one beautiful game and sets benchmarks for many other upcoming high-end games, and easily matches up-to the likes of Infinity Blade II and Modern Combat 3: Fallen Nation. Gameplay on the higher-end Android devices and the iPad third-gen is lag-free and works like a charm. There was no stuttering or frame-rate drop at all, irrespective of the number of zombies there were on screen.

The mission of the game is quite simple, zombies come, they attack, you shoot and that is how the progression of the game is based on. A player is situated in an enclosed area and the living dead keep entering from here,there and everywhere. Zombies have been designed very well and to a certain extent, the AI really impressed me with the feedback received in-game.

Overall, Dead trigger really shows the bright future of Mobile gaming, which is coming at par with the current-gen consoles. If hacking and slashing is in your veins, then Dead Trigger is the perfect game to feature in your HD game folder.