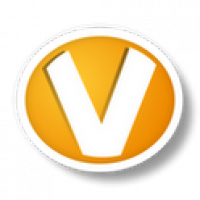 Love staying connected with friends and family members around the world, but international calling costs are affecting you adversely. Well, ooVoo is the solution to your misery. This app is the first major cross-platform IM client that works not only on different platforms, but also on PC and Mac.

Developed by Oovoo itself, this app really takes the crown from its other competitors as accessibility is the name of the game here. So now, users are not locked to only Android or iOS, but can enjoy being in touch with anyone, anytime and anywhere. Simplicity at its best.

There are heavy-duty competitors to ooVoo such as WhatsApp, presently the most used and undoubtedly the most famous IM for Android, iOS, Blackberry and Symbian. The segment it falls flat on its face is compatibility. Users are locked to either of the 4 smartphone OS’ and there is no PC compatibility.

ooVoo works on PC, Mac, Android and iOS. More importantly, it is a great video calling tool for users. It is more like power vested within reach of the users. Skype is another great alternative and so is Fring, but there is a touch of finesse to the whole ooVoo platform. The integration, call quality, video transmission and everything else just talks volumes about the development team.

ooVoo allows for group video conferencing, allowing the participation of up to 5 people at a time. Comparing the quality with Fring, Skype and Tango, ooVoo was at par with Skype and Tango, sometimes better depending on the 3G coverage during the test. Fring produced a bit sharper details due to the technology used. Otherwise ooVoo seals-the-deal.

Overall, ooVoo is a must have app for everyone who loves staying connected with their loved ones and what better way than to see them in front of you. A big thumbs up to the developer and the app.