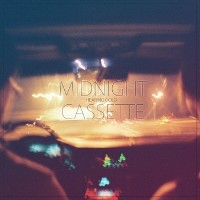 The album is made up of music from some of the site’s favorite bands, producers and artists, in general.

According to the group, the concept behind the compilation was to create a set of “tracks to listen to while freely cruising the road on a long, introspective drive.”

Coming in with 11 ambient, electronic and sometimes experimental tracks, the album employs plenty of different styles in each sound.

Opening single from Wayphaser lets you time travel back into the heyday of the 80s with a synth and keyboard filled cut. The semi slow mix as well as the slightly whispery vocals does more to transport listeners into the decade.

Other tracks like Rewind Back’s Dance in the Night feature a more trippy atmosphere, sort of being on the brink of Twilight Zone without being fully consumed. Meanwhile, Underwater Seacreatures contributes their catchy single, I See Ya. It’s a track that mixes fancy vocals and a host of electronic hoopla; making it a nice chillout club track.  You’ll also find other cuts from Pyrenees, Teeel and Bewilderbeast among others in this cozy compilation.

Midnight Cassette manages to achieve its goal of providing a great driving soundtrack. Even though you might not be familiar with each of the artists, no doubt they churn out track after track of delicious downtempo and chillout sound. Check out the album, it’s available absolutely free over at Hearing Gold’s BandCamp page.