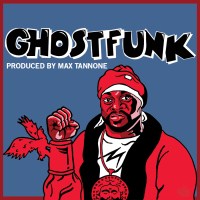 Dubbed as a “producer who can do no wrong” New York native, Max Tonnone, releases his latest project, Ghostfunk. For those of you not familiar with the DJ/producer, he is known for his eloquent and interesting mash ups; his first foray was a combination of Jay-Z’s raps with the music of alternative icons, Radiohead, creating “Jaydiohead.” The project even caught the attention of the rap king himself. Since then the producer has worked with the likes of the Beastie Boys and has released countless mash-ups featuring his cool skills.

This time around, he has set his eyes on another prominent rapper, Ghostface Killah from the Wu-Tang Clan, mixing his skillful rhymes with awesome old-school African funk, high life and psychedelic rock to create this wonderful gem. If you look at the producer’s repertoire, he already has several successful mash-ups under his belt. Prior to releasing this one, he worked on a 5 song project called, Selene. Instead of a mash-up though, Max was paying homage to the science fiction movie, Moon. He also released, Mos Dub, back in 2010, a mix of Mos Def and urban reggae. A follow-up was released in the latter part of 2010, entitled, Dub Kwelli.

Ghostfunk exposes listeners to a whole new way of experiencing old music. Mixing unconventional sounds like reggae and funk into existing cuts breathes new life to them. Max has a knack for balance; taking almost two different sounds and beautifully incorporating them into one coherent and amazing track. From Make It N.Y., The Same Girl and even the low-down, funky, Astro Easy Love – the songs are skillfully created making it hard not leave it playing on your player all day.

Tannone certainly has a huge number of tricks up his leaves. Personally, I love the entire record. I’m generally apprehensive when it comes to mash-ups but these definitely do all artists involved some good. Pretty great compilation to check out. It’s even hard to believe this one’s offered for free download.
Related Links:
Max Tannone Official Website
Max Tannone on The Benjamins
Max Tannone on Myspace
Max Tannone on Facebook
Max Tannone on Twitter