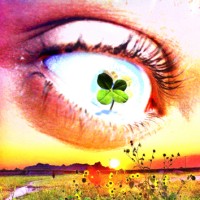 Filled with funky 8-bit style sounds and a host of futuristic beats, Good Luck Knowing is proving to be quite a record.

Containing 8-tracks that were written and produced by Tom Phonic; most of the songs were created with friends as well as with specific inspiration in mind.

The producer/DJ has been creating music for the past 12 years now. He’s a St. Louis native but moved to the Big Apple in 2005. Here, he found a flourishing electronic underground scene that paved the way for his music to spring forth.

Tom Phonic’s sound is a lot like getting sucked into an 8-bit video game. You’ll find plenty of quirky beats and ticks that give each cut its own character.

A few of the tracks have special little meanings for the artist as well. For instance, Low Grade Chronic Sadness, was written as a sort of special goodbye track to legendary singer, Etta James.  You’ll find a few collaborations in the record. Logic of Love is a smooth jazz, electronic track done with the help of singer, Mary French. Her vocals add a soft and elegant touch to the trippy beats circling the background.

McSpeakerson, on the other hand, sees the artist collaborating with other members of his family when he created the track. It’s a nice folkish and slightly whimsical single that’s fun to listen to.

In the end, you get a diverse record that you can easily put on without worrying too much if you’ll get good music or not. Pretty solid compilation that deserves a download.