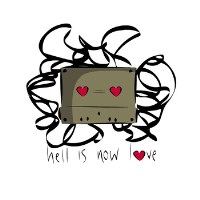 Hell is Now Love Records Sampler is a compilation of some of the best bands the label has to offer. Practically throwing it at your feet, the album is available as a free download.

It contains 7 tracks from bands like Lost Rockets, Mason Chic and Black Science to name a few. All of them are under the label’s roster and have already released or will release their own albums in the next months or so.

Containing a flurry mix of rock, indie pop, alternative plus a touch of psychedelic noise; the sampler makes for a good jumping point into the labels band bin.

Here’s a little bit of info about the label lifted from their site:

Hell is Now Love is an Auckland based fanzine and boutique record label. The name was taken from a Dead C song because the Dead C are one of the greatest bands ever and Xpressway Records is a huge inspiration. Specialising in spreading the word about great, largely overlooked local bands HINL is dedicated to music that doesn’t get played on crap radio stations or music-less television, music that means something, music that deserves to be heard not because of a promotional budget but because of the dedication and passion of great musicians.

The sampler kicks off with a noise fest from New Zealand based band, Lost Rockets. Forming back in 2007, the group recently released a short four track EP which is available for digital download right here.

Other contributions worth exploring in the sampler include Captain Sergeant Major’s single Take Ya Picture. They’re also a NZ band that creates nice progressive rock closely akin to Mars Volta but much less dramatic. Another cut that I count as a favorite is Black Science’s I Smile. Changing paces, this one is a bit more lighthearted. It’s less brooding and complicated which caps the compilation in a refreshing way.

Overall, there are a lot of promising talents on this one. Truth is, each band brings in something to the table and it should be exciting to see their individual releases in the future. For the meantime, grab this download and enjoy.