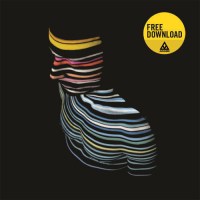 Making another big splash here on Frostclick, Aucan returns with a new and exciting free release. Their previous album, Black Rainbow, which was featured here on the blog has been received with arms wide open. To date, it has reached more than 100,000 downloads (and still counting.)

Aucan is a three piece, unconventional live electronics band that has been steadily gaining plenty of ground with their sound. Actually, it’s not just their sound but also their live performances that have been generating quite a buzz.

This latest release, Black Rainbow Remixes contains 11 remixed tracks; delivered fresh by the savvy trio and available for free in exchange for a tweet, a Facebook shout or your email address.

If you’re already a fan of Aucan, then you’d love the twist they added to the tracks in this remix album. Featuring collaborations and guest appearances from talented MCs like mcDalek and SpexMC; the album incorporates a strong hip hop/dub touch while still maintaining the staple Aucan electro/dub sound.

Opening songs like Storm and Away! are perfect for revving up a party. With its thumping bass and heavy synths, it’d be hard to deny yourself a good time when listening to these tracks. Meanwhile, Heartless, Embarque and title track, Black Rainbow, also gets a must-listen stamp if you want to get a pretty good idea what Aucan and this record is all about.

Black Rainbow Remixes is an album that listeners can easily get lost in. The one thing with Aucan is that when you listen to their songs, it’s not difficult to imagine how epic it would be if it was actually performed live. With the many layers of instruments and gadgets crashing and colliding; their songs create a unique sonic experience that should be worth checking out.Â Go ahead and grab the download. This one is a real find.