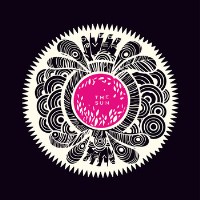 Zadkiel is a three piece alternative indie rock band that hails from the UK. The group initially formed back in 2008. Together, they create an eclectic mix of alternative rock which incorporates beautiful vocals and instrument work.

The Saturn Return is their third compilation and like their previous releases, it’s a well-composed record. They admit to being heavily influenced by artists like Jeff Buckley, Nirvana and Radiohead, which is quite evident in the music they create.

Nevertheless, the trio manages to express their own sound through the cracks. Each cut resounds with melodies, instruments and distortions that beautifully combine to create a wonderful sound.

After finding out that the guys are heavily inspired by Jeff Buckley among other artists, it’s hard not to see the influence the singer has on the group. Shroud resonates with a typical Buckley-esque sound, even the vocals are pretty much inspired by the late singer. Of course, this doesn’t mean it’s bad. Being a Buckley fan myself, this track was an easy favorite.

On the other hand, some of the heavier tracks include Nuclei and The Skeletal Network. Although they’re not as loud as some of the heaviest grunge rock bands out there, the song features touches of distortion and heavy riffs on all the right places. The vocal work is pretty good as well; switching between a Buckley and Thom Yorke influence.

The Eyes of Love is my other favorite track in the record. The melody is quite good; starting with a soft alternative feel then switching to sweeping guitars and a heavier sound. One of those tracks that make an impression even though you’re unsure what makes it so special.

Overall, the album flourishes with great songs. It takes awhile before the beauty of it sinks in but when it does, it turns into one of those records you find yourself constantly playing without much hesitation.