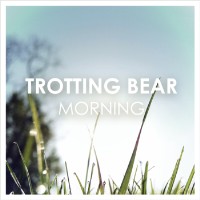 Trotting Bear’s music should be synonymous to relaxing acoustic folk. The sound emanating from the beautiful guitars is enough to make you want to listen and just leave it playing for a good long while.

The man behind the sound is Andy Berkhout, a singer songwriter who has had several albums and records released under his name.

Trotting Bear is one of his side projects and serves as a short extension of his usual folk/Americana, lofi sound.

All of the songs exhibit a beautiful acoustic sound, with guitars and harmonies ebbing here and there. Kickstarting the album, is the instrumental acoustic track Summer Wind. Although the track itself is short, it slightly extends with the second track picking up the same elements. In fact, if you don’t pay attention to the sound gap, you wouldn’t know that it’s already a different song you’re listening to.

Most of the cuts here are easy to fall in love with since it makes you feel at ease. Its almost as if you were seeing and hearing a loved one just randomly play in their own home. A few recommended tracks include Life, the groovy, Inside Away, and the closing track, Sunrise Sunset.

Morning is the type of record you play if you want to relax and just take a breath of fresh air. It’s calming and seems destined to go well with that perfectly brewed morning coffee. Definitely a beautiful record to have on your player. Give it a download. It’s available at a name-your-price option. However, you can also opt to help out the singer by purchasing the record.