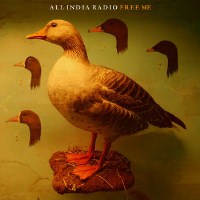 All India Radio is a four piece crew from the land down under. Even if you’ve never heard of them, chances are you might have encountered their songs from TV shows like CSI: Miami, One Tree Hill or Australia’s premiere series, Bondi Rescue.

They’ve released 8 albums since 2000 and continue to impress as well as win over more listeners thanks to their ambient sound. Their mix of hypnotic downbeat electronica serves as a lush soundscape that listeners can easily get lost in.

Free Me (Remixes & Outtakes) contains a collection of released/remixed and previously unreleased songs that’s offered by the boys for free.

The End or Near, kickstarts the album and features a Sade-like feel. Showcasing beautiful female vocals, moody guitars and a slightly dark atmosphere; the song graciously welcomes listeners to the band’s unique sound. It’s definitely an easy favorite and provides a high standard on the tracks you can expect to hear from the record.

Other tracks that you shouldn’t skip on include, Morning Drops, which is a gorgeous acoustic song featuring the same female vocals from the first cut. It’s simple and clean while combining violins at the background. This is also one out of three previously unreleased tracks by the group. The other two, Waukaringa and Tijuana Dream, are two of the longest tracks in the record. They run for 7 and 6 minutes, respectively.

Overall, you get an album that’s definitely a must-listen for any ambient lover out there. It’s even a surprise that they’re releasing this for free since most of the tracks are pretty good and definitely done in great quality. Go ahead and take a listen. You’ll definitely enjoy this as well.