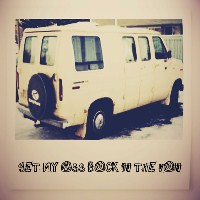 Death To False Hope Compilation Vol. 4: Get My Ass Back In The Van

Compilation albums are always fun to listen to. They’re the best place to hunt down new possible favorite bands in just one place.

For punk and rock lovers out there, Death to False Hope Records has given us something to be happy about with their latest compilation.

Get My Ass Back in the Van -DTFH Comp Vol. 4 is an album filled with 34 (!) tracks; enough to last you through the entire day. The album comes with unique cuts from The Sandwiches, Captain and Red City Radio to name a few.

Death to False Hope Records have been around since winter to 2008/2009. The label specializes in finding and releasing material from various do-it-yourself bands that are also looking for an outlet to get their material out there. Giving out their musical treats for free, the only thing asked from the fans is the support for the bands and help with spreading the word.

Since their inception they’ve released compilations from the various bands in their roster. Get My Ass Back in The Van is the fourth such compilation in line and like the previous ones, it’s a real treat. It gives us tracks from bands like The Gamits, which were hailed as “America’s best hidden pop/punk secret.” You’ll also get to enjoy songs from Red City Radio, The Brokedowns and even Cincinnati punk buzz band, Mixtapes among so many more.