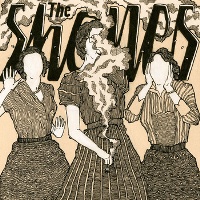 Consider yourself privileged as you stumble upon The Shones‘ selft-titled EP released March this year.

Dirty Feeling sets the stage as it offers three essential elements for the band’s musical brand—rock, blues, and garage. This opening track solidifies what The Shones can offer to their listeners.

Following with a steady guitar and drum hook, Wendy bites the ears with an edgy surf rock aesthetic. The band’s high energy in making recording the song is evident that it can be easily translated and absorbed to the listeners.

In The Shones EP, the band has successfully placed their self in the game as someone to watch out for. With a new face lift and fresh tunes, this EP screams that the band is officially separating itself from the pack.