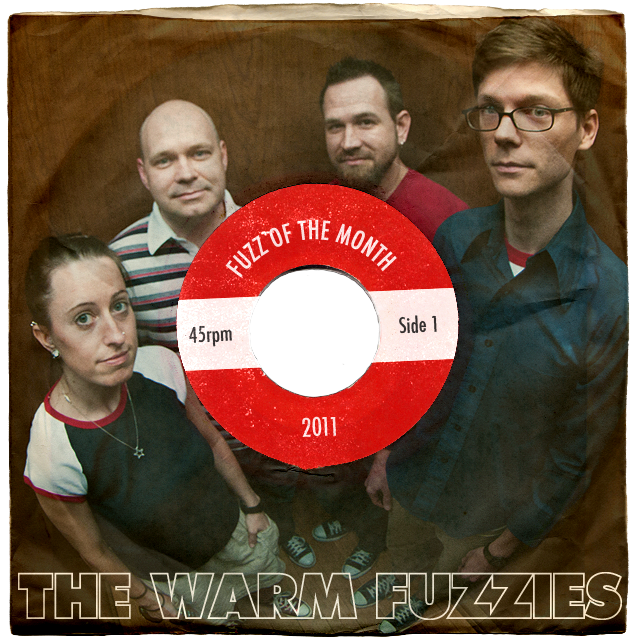 The Warm Fuzzies: Fuzz of the Month

So, what’s the ‘fuzz’ of the month all about? Why, it’s no other than The Warm Fuzzies’ geek-tastic EP!

Released in 2011, The Fuzz of the Month is the band’s planned year-long project, where they release one track per month. However, the holiday seasons must have kept them fuzzy in the pj’s, so the EP fell short of 2 tracks; the released 10 are still great, though.

The Warm Fuzzies coyly describes their musical style as “geek rock”, which is further proved by the science-inspired track names of the songs in the first half.

The EP opens with a ‘1.21 gigawatt remix’ of one of their most popular tracks, “Flux Capacitor”, whose all too catchy rhythm doesn’t fall short of its Back To The Future inspiration. The amazement continues to “Rhythmic Ceremonial Ritual” and “Self-Adhesive Refrain”, reminiscent of the wonders that are called Weezer, Bowling for Soup, and early Green Day.

The gear then switches to the Metric-like “Seventeen”, where Laura Cropp’s haughty vocals take the lead. The following tracks, talking about ‘summer’, ‘ruling the world’, ‘milk and cookies’, and ‘short attention spans’, are sugarcoated candy follies that are perfect for both slumber parties and ‘bro’s nights out’ alike.

The EP closes in with the beat-infused “Surf’s Up” and “B-Side” tracks, both of which are clamouring for good live renditions. (What else?)

Another cool bonus are creative, individual liner notes for each of the song, which very well says that CD cases and sleeves are so history.

It’s the ‘fuzz of the month’ that you just gotta have.