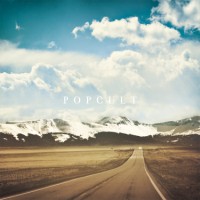 Once in a while, you come across a band that you just know has that special sound that could make it big if given the right amount of exposure. Popcult is one such band.

This four piece crew is comprised of Justin Renaud, Tyler Venter, Alex Halvorson and Brandon Proff. Discreetly titled, 2011, this is the first EP for the group and they’re offering it for free in exchange for an email address.

It’s a pretty good deal since you get a great set of polished indie pop rock tracks that’s charming and easy to listen to.

Despite calling themselves “Popcult” (short for popular culture), the boys don’t actually ride the pop bandwagon. Their sound instead flourishes with a personal touch. From the polished and high quality recording to the well-thought out lyrics and catchy melodies; the album showcases the band’s passion and integrity.

From the onset, listeners are treated to the catchy number, Life In the Wind. The song incorporates keyboards, great vocals and a laid-back mix of pop style sound reminiscent of bands like Coldplay during their earlier days. After just a listen or two, you’ll realize that it definitely deserves a spot on your playlist.

Most of the other tracks have a similar pop-style rock feel. They incorporate pianos, soft guitars with swelling pop drumming and melodic vocal work. A highly recommended track also includes Already Gone and One Reward, although to be honest, the entire EP is quite good. It’ll be a real treat especially if you miss the days of Coldplay and early 2000 pop rock music.

Although their sound isn’t that game-changing, Popcult is a band that’s worth watching out for. Their sound resonates with great talent and most importantly enjoyable cuts you could listen to all day long. Best part is that the boys are offering them, technically, for free so there’s really no excuse. Grab the download.