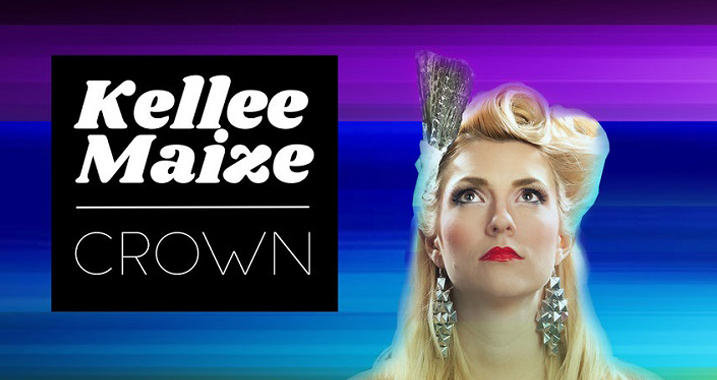 Since the release of her debut album in 2007, rapper/singer/songwriter Kellee Maize has emerged as one of the industry’s top acts. Her ability to blend elements of pop, dance and hip hop along with motivational, thought provoking lyrics is on full display with her sixth album Crown. The 7 songs on the album are accessible and appealing, but without the fluff found in typical mainstream pop and hip hop releases.

Maize’s interests in spirituality, empowerment of women and other issues are evident in each song. The opening track Crown is A class dance pop, but with lyrics like I believe I’m all I can be / I don’t need you to validate me is also motivating and uplifting. Shining highlights her spiritual knowledge and beliefs. The song talks about the third eye, witches and left/right brain balance, heavy stuff but still enjoyable for casual listeners.

Maize does some of her best rap in the third track, Scream. The beat and rhythm is going to get you up and about and the lyrics as well. I’ve got the dream / I’ve just begun and Expressing my wants are words that we can all relate to. Next up is the slow jamming Doubt, where Maize reflects on the conflicting emotions in a failed relationship. A part of you wants to move on but there’s still love left, again very relatable.

The upbeat Burn is filled with spiritual imagery with the atmospherics to boot, while Want vividly depicts a real longing for true love. The album closes out with Runnin, a song about trying to make as much money as possible, not realizing it’s the chain that imprisons us. Crown is a fitting name for this album indeed.