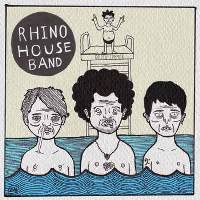 Indulge in a celebration of flavorful indie rock in Rhino House Band‘s latest EP, Golden Summer. Released February this year, the five-track album elicits some head nodding and dancing with its raw energy and lively melodies.

Rhino House Band is an up-and-coming three-piece band from South Brooklyn. Its members are Ricky Demetro, Joey Vergara, and Steven Bartashev. With polished melodies and inclination to pop arrangement, it is no doubt that this band has something special in their sleeve when it comes to attracting a steady pack of followers.

First stop is Little Things, which may at first sound like the usual pop rock song, but this track kicks the bucket with its distinctive vocals that’s both soothing and fluid to the ears. The musical instruments are simple but are arranged in such a way that it fuses a warm, soothing vibe but still maintaining the upbeat rhythm of this rock piece.

James’ Song serenades the listeners with crisp vocals that harmonizes well with guitar riffs and hints of percussion.

Charlie reminds us of the ’90s with steady guitar strumming and narrative-heavy lines. The catchy hook and periodic hand-clapping give the track more spice and groove.

With the emergence of new groups such as Rhino House Band, it is without doubt that the indie rock paradigm continues to evolve and flourish. The songs in Golden Summer EP boast a lot of solid material that stimulate some emotional connection as well as a fresh sound for indie rock lovers.