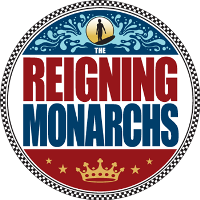 Sweater up as The Reigning Monarchs‘ self-titled album hits the FrostClick scene. Jam-packed with thirteen tracks of rock and surf, this album will surely give the North Hollywood-based band a strong indie following.

Bask in waves and cold drinks as Johnny Mac screams perfect summer music all throughout. Low key guitar play-ups and reggae sounding melodies adds to the chill vibe of the piece.

Consisting of rapid strumming and danceable beats, Fuel the Jets features that kind of melody that will surely awaken the senses. Cuffed & Linked on the other hand takes a more jazzy sensibility as slow sensual horns glimmers in each note.

Cowboy Shirt closes the album with a combination of surf rock and country flair. The band’s courage to experiment and expand to other genre is evident in every song, giving variety to the whole collection.

Far more clever than I have expected, The Reigning Monarchs will leave you at awe with its a fun music that boasts creativity and originality.