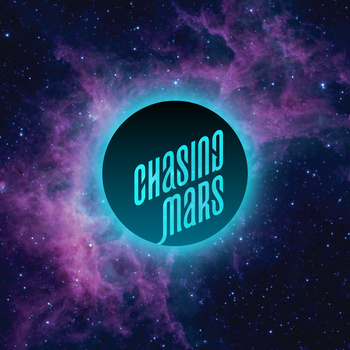 There’s a new comer in cool indie camp and it seems like their ready to stay for a while. Just like it’s galactic-sounding name, Chasing Mars‘ new EP offers an out-of-this-world musical experience in rich proportions.

Hailing from Chicago, the band is composed of Neven Armic, Sean Goes, Sam Brown and Justin Schmidt. Describing their sound as the bastard love child of The Flaming Lips, Radiohead and Coldplay, this independent group will conveniently fill any electro-rock void.

One thing that makes this band special is its use of stirring, almost-poetical verses articulating thoughts on life and love. They are all well-written and polished proving the group’s dedication to produce high-quality tunes.

There’s also a dark mystique vibe whirling on the core of this album. This energy is translated into thick and powerful electro tunes that spreads on tracks like Cryptoamnesia and Spiderweb.

Traversing on a watered-down acoustic sentimentality, Easy Way Out and Going Down a Rabbit Hole stimulate the hearts of listeners. The band performs with the gloss of a seasoned music veteran.

Invasion may be considered as one of the most powerful track in the collection. It consistently delves on deep cuts, stingy guitar solos and thundering instrumentation.

Until We’re Dead closes up with bold piano exercises and a melancholic vibe. I love how the band incorporated a lot of texture, from dark rock to ambient electro tunes.

This EP is certainly a guilty pleasure. With nuanced beats, powerful instrumentation and desire to paint beautiful soundscapes, Chasing Mars‘ have made their spot in the indie music scene.