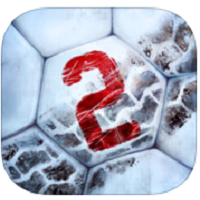 Soccer Rally 2 is the sequel to the original smash hit game, and developer IceFlame Game has made the title even better. It’s a vehicular soccer game, and while the premise sounds funny, Soccer Rally 2 has turned it into a simulation that’s comparable to other simulation titles.

While the set up may be unusual, the feel is similar to other racing games. There is a polished and sleek look to it and there’s a classiness to it that you don’t usually see in other games. The cars are also detailed as well as the surroundings. Unlike other games, Soccer Rally 2 has a good physics feel and you’ll see the cars moving around realistically.

At the same time the game does a good job of showing the cars gain momentum moving forward and backwards. It’s also clear in this game that the cars’ weight and heft play a role in their movement and speed. Furthermore, the balls used in the game, like the beach ball and soccer ball, have different physiques, adding a level of complexity you don’t see in other games.

Keep in mind that Soccer Rally 2 is a soccer game which you play with cars. It’s a unique game and it does a good job of combining the two seemingly unrelated games. Aside from the basic games, Soccer Rally 2 has several tournaments, and the Academy Mode provides you with several ways to practice various aspects of the game. Soccer Rally 2 takes a bit of time to figure out but it’s a lot of fun.