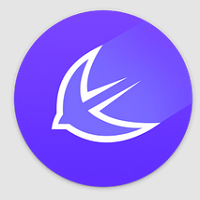 Apus is a complete system utility for Android, and developed by the Apus Group, it is basically a launcher but can do so much more. With this app you can experience a speed boost with your mobile, save battery life and clear memory space. Not only does it have a lot of features, but it is free and easy to use.

For all its features, Apus is only 1 MB so it doesn’t take up a lot of space and a quick download as well. The other thing going for Apus is simplicity, as it just takes a single tap to free up storage, and the same thing for saving battery life. Just a single click will also launch your Apps category, and if you’re looking for a particular app, just swipe.

The launcher is both easy and fast and a lot of attention has been paid to the user interface, so it’s very clean and clear. The fact that Apus automatically arranges your apps in a series of Smart folders is very convenient. But apart from making apps easy to launch, Apus also does a good job freeing memory, allowing you to do more.

If you’ve never used Apus before, the Smart Folder will be your best friend as it organizes apps efficiently and automatically according to how you use them and based on functionality. In addition you also get Apps Discovery, which provides a guide for all the hottest apps around. There’s also a speed boost built in that clears up RAM for games and apps.