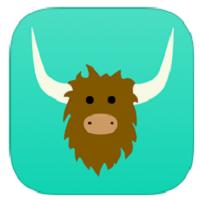 Each Yakker can contribute by liking, disliking, writing and responding to yaks. In a way the program works just like a GPS with a touch of social media, but the biggest advantage is you can post anonymously. Prior to making any posts, the app checks your location and places you in a radius zone measuring 1.5 miles.

As long as you are in the zone you will be able to read the other Yaks so it functions like a bulletin board. One of the more interesting features of the app is Yakarma, which is used to gauge and measure your success. Your Yakarma increases depending on the number of responses you get as well as the up votes, down votes, comments and replies you get.

Yakarma is also affected by the comments you make and up and down voting you do. The program’s interface is quite clear and easy to figure out, and you should have little trouble getting used to it. True there are a lot of social media apps, but Yik Yak offers you a new way to communicate, and it’s a lot of fun too. If you’re into this stuff then give Yik Yak a try.