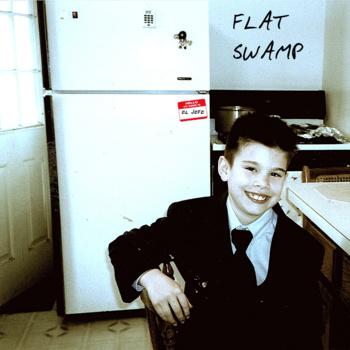 There is always something to be admired about musicians who dive into the industry as a solo act yet able to present a layered and strong output. Case in point, Flat Swamp aka Theo Hartlett. But throughout the years, Hartlett’s endeavors have blossomed into a full band composed of other members Morgan Luzzi, Jesse Weiss and Kyle Kearney.

El Jefe is a follow-up to their solid debut entitled Nicholas Cage Match EP, which has introduced them to the Connecticut music scene. In their sophomore attempt, Flat Swamp has come up with a four-track record that displays the band’s open admiration for the band Weezer. Hint: They sound like Weezer during the days where Weezer was really, really good.

The track Separate Ways has the makings of being responsible for your newest LSS. It is catchy pop driven by ripping guitars. This might be Flat Swamp’s version of a break-up song – angry and has a lot of pointing fingers involved. Sometimes, when you don’t have the guts to say it straight, say it with a song instead. If you want a more anthemic song that grabs you through its hooks, Sleepless Driving is for you. It is kind of appropriate that the word ‘driving’ is in the song because this power pop gem is the type of tune you would want to listen to with the windows down, wind in your hair as you drive past the scenery. Don’t let Flat Swamp fool you into thinking that they are nothing but a band that sounds like Weezer. Only the future can prepare us for the kind of growth this young band is set to have.

Track List:
1. Sleepless Driving
2. Separate Ways
3. Wish The World Would End
4. Every Once In A While