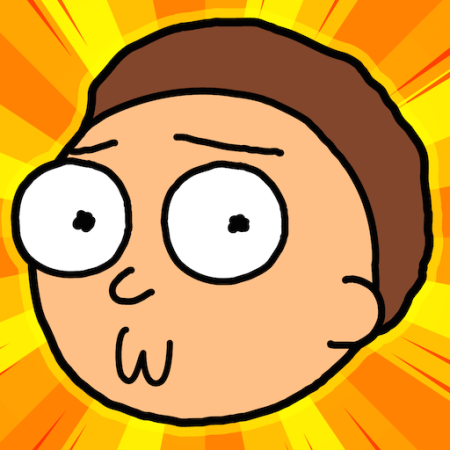 Pocket Mortys from Adult Swim is a mobile RPG based on the popular cartoon. If you’re not familiar with the show, it’s about a scientist named Rick and his grandson Morty who embark on a series of adventures (think Back to the Future). If you’re familiar with the cartoons you’re going to love this game, and even if you’re not, it’s still worth a look.

Rick and Morty find themselves involved in an inter-dimensional competition, where your objective as Rick is to kill the other aliens and Rick clones. In addition you also have to collect various items and money to advance. If you’ve played Pokemon before the mechanics will be familiar, but Pocket Mortys is more than just a Pokemon rip-off.
The game controls are intuitive, and the d-pad onscreen for navigating the map is helpful. The combat system is easy to get into as well and the graphics are befitting of the cartoons.

There are also voice clips and Morty does some commentary here too, a nice touch, and while the levels get challenging after a while, there are a lot of places where you can get items to help you out like the “Blips and Chitz” machines. Each area you explore is made up of a dungeon complete with training battles, and you’ll also have to catch a lot of other Mortys, not to mention collect a slew of items.

Overall, Pocket Mortys offers a lot for a free game and worth a download. While the game is obviously meant for the fans of the cartoon show, you’ll still enjoy the game even if you haven’t watched an episode.