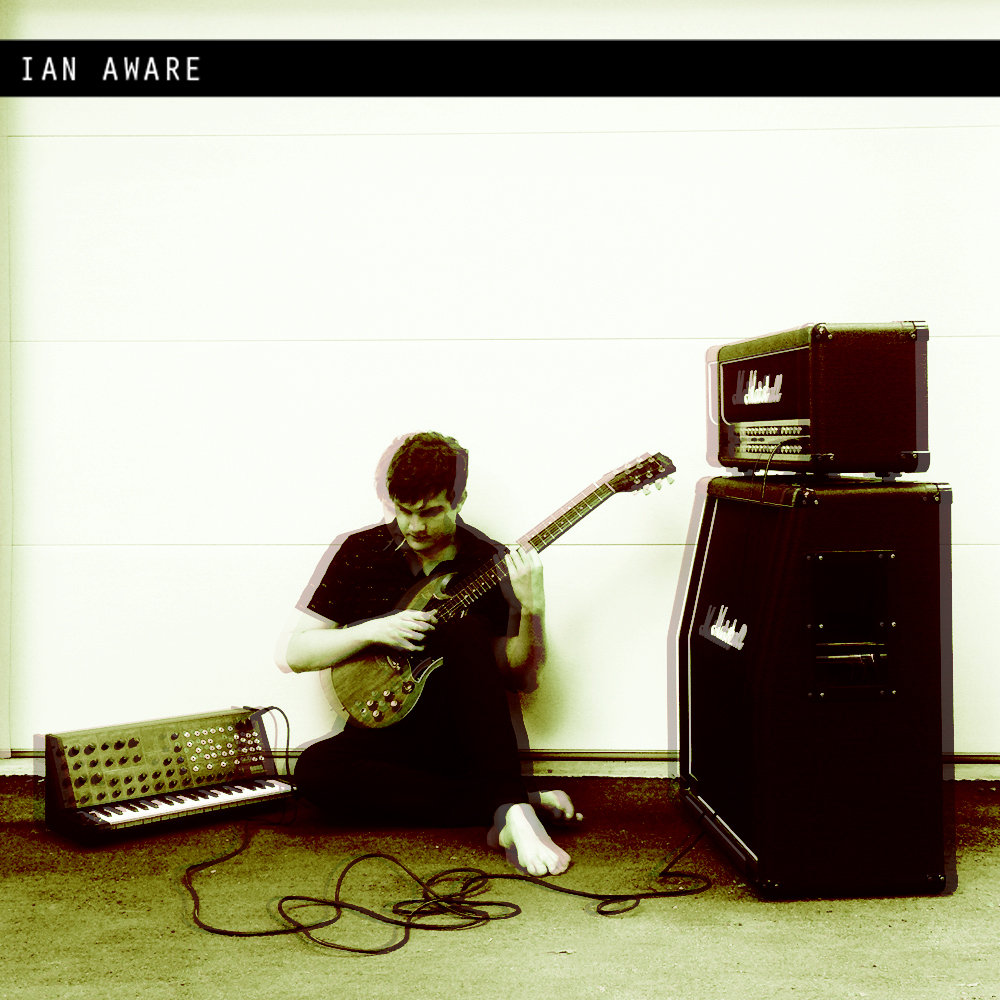 Ian Aware is the solo project of musician Kenny Gray from Boston, Massachusetts. His music can be described as “Rocktronica” or “Electro-Rock”, whichever you prefer. In his Self-Titled EP, Kenny mixes both genres, rocking out on his guitar while utilizing electronic processing and sound design. He clearly has a masterful command of both genres, which makes sense considering his background. Kenny started a rock band back in 2009 with his brother Adam called Tom Flash. Within a year they won the New England Battle of the Bands. While he was with the band, Kenny became interested in Electronic music as well, and began to produce music and DJ all over the east coast. When the band disbanded in 2015, Kenny took off with Ian Aware. You can hear the strong influence from his experiences in his EP.

When it comes to the music, there’s no surprise that he won battle of the bands with Tom Flash back in 2010. There’s a certain drive and feel to his music that’s easily felt. On the second track, Windows Kenny takes a nice guitar solo with fuzz distortion, and then after he introduces a light-hearted synth playing a broken chord pattern to keep that movement going. In the next track Mimosa, Ian Aware uses more simple, electronic drums with electric piano to go along with his smooth bassline and chords. And all of these tracks have the lyricism you’d want in a good rock track.

Kenny has much more hidden up his sleeve. Besides producing and DJing Electronic music, he also writes about music for the blog Mmmmaven. He helped put together a periodical Boston-Based electronic mix called Mess + Finesse on soundcloud which I’ve had the pleasure of contributing to alongside artists we’ve reviewed such as Kansado and Seneca B. Kenny Gray also wrote music and lyrics for a youth camp’s musical theatre program. Aside from music, Kenny also does improvisational comedy with ImprovBoston and hosts an improv podcast called Jazzbrunch.

I think that’s all this jack of all trades does. I wouldn’t be surprised if that was only the beginning. But start off by listening to Ian Aware’s Self-Titled EP, then take a visit to Kenny’s website where you can find out about everything I’ve mentioned and more.