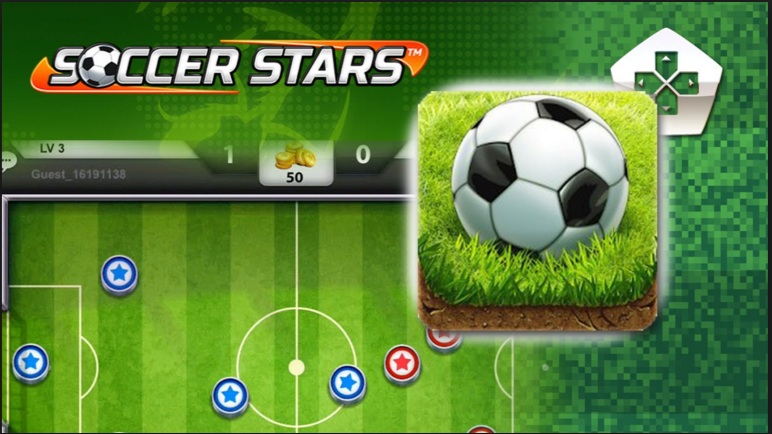 Soccer Stars from Miniclip.com is not your typical soccer simulation game. Instead of the typical ball kicking, you get to control orbs that represent the players around the field and try to score a goal. It’s like soccer except you’re trying to bounce the orbs or stars in the net. It sounds and looks different, but it’s fun.

Like other mobile soccer games, the emphasis here is on multiplayer gaming, but there is an offline single player mode that’s useful for getting yourself acclimatized to the rules. Soccer Stars consists of several tournaments and one on one sessions, but the objective is always the same, and that is to score two goals before your opponent does.

When the game starts you have a team of five orbs and so does the other player, and you can bounce the orbs in various ways. You just drag your finger in the direction you want the orb to go and make a gentle push. The orbs are sensitive and so they’ll bounce off the other orbs as well as the walls around the pitch.

Getting used to the controls in Soccer Stars can take a bit of time, but once you get the hang of it, it’s second nature. While your main objective is to push the orb to score a goal, you can also use the orbs to make defensive positions. Another challenge is there’s a time limit to making moves, so you need to be on your toes. When you win, you get coins that you’ll use to enter into more tourneys.