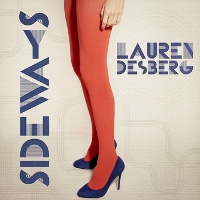 Whether it’s a humid summer night or a rainy morning, Lauren Desberg‘s new album entitled Release will surely set you in the right mood.

Born and raised in Los Angeles, Lauren Desberg is a 21 year old jazz vocalist. She grew up with musical roots, her mother is a singer and her father is a guitar player. Lauren attended Berkley College of Music in boston on scholarship. She won the ASCAP Foundation’s Leiber and Stoller Award during college.

Welcoming our ears is You Go to My Head (feat. Gretchen Parlato). This musical piece treats us with a mesmerizing saxophone solo, seamlessly flowing to Lauren’s soothing delivery.

Spring is Here plays its strength on its classy arrangement. The singer’s intentional drifting, earthy vocals creates a raw, imperfect touch that breaths life to the song.

Using waves of saxophones and sporadic drumbeats, Mister Magic is a light, heartwarming love song. Each instrument brims and disintegrates at its own phase, making it an easy-to-digest treat.

Indeed, a rather stunning release, this EP has highlighted Lauren Desberg’s strong potential and command over jazz.