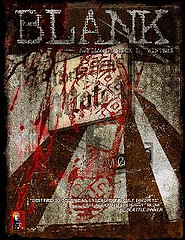 Written by enigmax on TorrentFreak.com
Today a brand new movie has premiered but this is not the usual Hollywood-style launch. ‘Blank’, described as an intense psycho-thriller by director Rick L. Winters, will debut on DVD but you can get it for free on BitTorrent too – with the blessing of the entire cast and crew.

Times are certainly changing and slowly but surely people are beginning to realize that rather than trying to fight piracy and destroy file-sharing networks, the best approach is to embrace your one-time rivals and try and create something positive.

‘Blank’ is the story of a Johnny, a young boy who witnesses the violent death of his parents and older sister. Roll on some 20 years later and Johnny becomes involved in crime with his adoptive father – who is also a crime boss. While watching a game of poker Johnny discovers who murdered his family and sets about planning his revenge. Johnny unwittingly becomes involved with a pair of serial killers and the whole movie climaxes with a bizarre and shocking end.

While the plot may seems standard Hollywood fare, the way this movie has been financed and is set to be distributed is not – Director Rick L.Winters explains, “The thing that makes this film unique is that it is a co-op based concept where the entire cast and crew worked on a deferred percentage of the film’s gross. In other words, the cast and crew own a percentage of the film’s gross, so the profits are not going to Hollywood executives but instead into the pockets of the filmmakers themselves.”

After receiving several distribution offers for ‘Blank’, Rick turned them all down.

“I have seen firsthand the greed that lurks in the Hollywood corporate circles,” he said while explaining that after he released his first film, the cast and crew couldn’t understand why a distribution company was making all the money. So instead, Rick decided to let the audience distribute ‘Blank’ for him – via BitTorrent.

“This time around the fate of the cast and crew getting paid is in the hands of the audience who watch the film. No Hollywood bank accounts being filled to turn out more crappy remakes,” he said, while adding that the future of film is “in the home market, through peer to peer distribution.”

Today, ‘Blank’ is released on DVD for $14.99, via online streaming and of course, for free on BitTorrent. “No one should have to pay for a film they did not like,” says Rick. “No one should be denied the right to enjoy the art of film.”

The idea is that if people like the movie after they have seen it, they should go to the ‘Blank’ website and make a donation. People are asked to donate what they feel the movie is worth, and in return will be invited to follow the production of the next movie, which they will have helped finance through their donation.

Rick told TorrentFreak, “I am excited with the aspects of peer to peer distribution and the possibilities. Giving everyone the opportunity to see my film for free in hope of receiving donations is a little nerve wrecking – wondering if I will receive enough donations to make my next film. The concept is still scary for independent filmmakers who don’t have the big budgets like the big studios and most of the time drain their personal accounts and run up credit just to get their film made, in hopes of recouping the cost of making the film.”

Several large BitTorrent sites including Mininova will be offering ‘Blank’, but undoubtedly it will spread to many others too. Rick L. Winters is also writing a book which will document the whole process so that others can use the same methods to distribute their own movies.

“I can only hope for the success of this endeavor to show the world that the revolution of peer to peer distribution can no longer be ignored and the time is now,” Rick told TorrentFreak. “I decided to try the concept of a coop base film in hopes of encouraging other independent filmmakers to come together and create and share the art of film for EVERYONE to enjoy.”

Congratulations to Rick and the crew for effectively ending the piracy of their movies and we wish them the best of luck with ‘Blank’ and all future success.