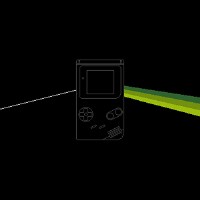 Pterodactyl: The Dark Side of the Moon

With the success of Weezer’s 8-Bit Album version, there was bound to be a sequel. This time around, the boys of Pterodactyl have set their sights to cover one of the greatest bands ever, Pink Floyd.

The Dark Side of the Moon has always been an iconic record ever since it was released in March 1973. Hence, it was the obvious choice for the next 8-bit rehash. The Pterodactyl Squad has gathered up some of the most prominent names in chiptune talent and made use of old game consoles to create a truly unique but true-to-the-original sound.

This isn’t just for those who love Floyd, it’s pretty much for anybody who loves great music and good old videogames.

This 9 track album is an attempt to translate all the beauty and complexity of The Dark Side of the Moon into an 8-bit record that still resonates with the essence of the original.

According to the group, they have attempted this effort many times before, it’s only now that they “finally done the original album justice with the definitive 8-bit interpretation of Pink Floyd’s progressive rock classic. Produced as an 8-bit mirror of the original, the music on this release was created using sounds from various old games consoles including the Sega Mega Drive and Nintendo Game Boy.”

This isn’t the first electronic album done with the classic record as reference, but there’s something special about Pterodactyl’s version. Instead of a solo artist, the compilation gathers up 8-bit artists like Bit_Rat, EvilWezil, Temp Sound Solutions and Videogame Orchestra to create one compelling record, chiptune style. This results to an effortless piece that is enjoyable for fans from both sides of the coin.

Opening with the moody Speak To Me, the track is beautifully translated into 8-bit without really losing its effect. Almost every song on the record is a spot-on translation of the original into chiptune. Listeners will definitely enjoy the record even if they are not hardcore fans of Pink Floyd. Two of my personal favorites in the record include Money and Eclipse.

Overall, even if you might not be a fan of the English rock band, you’ll find a place in your heart for this super cool rehash. The album is available as a free download right on the Pterodactyl website.