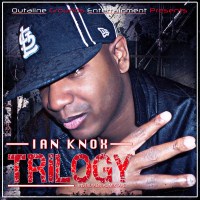 A prolific producer and so much more, Ian Knox is definitely one busy guy. Before devoting his time to producing, he was actually a rapper. In fact, he managed to release two previous albums prior to just going full time as a producer.

Currently, he’s focusing on production engineering and has come up with this exclusive compilation of beats that’s should serve as the perfect ingredient for remixing.

Having the capacity to incorporate a lot of different styles, including jumping from electro pop to dub step with ease; it’s obvious you’re in for a good and smooth ride as you listen to this mix.

Knox started in the industry by setting up his own company back in 2002, Eternal Recordz LLC. At the same time, he began writing for his debut record, Limited Edition. The album was intriguing enough to capture the eye of several labels. Although no deals were made, the artist pushed on and decided to man the helm,  as he recorded and released his second compilation, Undisputed in 2006.

Since then, he’s decided to put all his efforts behind-the-scenes, producing and handling various business aspects of the industry. Of course, this doesn’t mean he’s lost his touch. Trilogy is a proof of that. The compilation comes with 19 instrumental hip hop beats that glide and sway smoothly.

From opening track, Kickin’ It, you already get this cool, dancefloor club vibe. The rest is a nice batch of tracks that range from laid back smooth R&B to quirky upbeat grooves, filled with synths and easy to like beats. It’s this simple mastery that makes Ian Knox’s sound serve as the perfect backdrop for mixing and sampling. Really good album to listen to if you ask me. Grab the download.