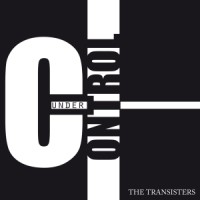 Solid rock base with an electronic twist. If there’s one band I could compare The Transisters with, it would have to be another indie band called She Wants Revenge. Although plenty of Joy Division similarities is also enough to make you think twice.

The Transisters crams new wave/hipster sound with electronic beats; creating excessively danceable, catchy tracks that still rock out. Under Control is the band’s debut album and features 9 easily likable songs.  They have had quite a background and have opened for indie big wigs like the Raveonettes and new wave band Kaiser Chiefs.

Prior to recording their debut LP, The Transisters spent three years simply touring and making music all over their hometown of Venice, Italy. They have made quite a name for themselves locally and have been tapped to open gigs for various bands like The Alps, Disco Drive, One Dimensional Man and X-wife.

Under Control is their first full compilation and contains 9 obsessively catchy tracks. Their influences, of which includes post punk legends Joy Division and The Fall as well as the king or rock and roll, Elvis. The mixture of influences has evolved into the Transisters brand of music.

Opener and title track, Under Control, is one of those songs that you cannot kick from your head. It’s an instant hit on the dancefloor and will definitely get even the most hardest bone in your body grooving. The song contains catchy beats that are hard to dismiss. On the other hand, Living Like the Superstar, opens with the jangly guitars and clear basic bass, characteristic of any hipster band. While listening to this track, be warned that you might be tempted to do the chant in the chorus even when the music is playing, it’s highly addictive.

Enjoy the other tracks on Under Control by downloading the full album which is registered under a creative commons license.