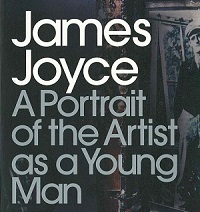 James Joyce: A Portrait of the Artist as a Young Man

Considered as James Joyce‘s most personal work, A Portrait of the Artist as a Young Man explores the universe of the free mind.

This autobiographical novel follows the life of the author’s fictional alter-ego, Stephen Dedalus, as his experiences challenge his own faith, upbringing and intellectual freedom.

After its first publication in 1916, it had been positively received by the public and critics alike. Some famous writers, including H.G. Wells, praised Joyce’s masterpiece as one of those that would remain as a permanent part of English literature.

The novel is an impressive study of the young mind. Written through a free indirect style, the book delves on the development of individual consciousness, the extremity of religion, and the role of the artist.

Joyce’s portrayal of the artist as a lonesome character paints a stark contrast to his ultimate goal—to give voice to the community that he isolated himself. I personally like how the novel tries to be impressionistic. It does not attempt to showcase all the contents of Dedalus’ mind but instead gives the reader an impression of his experiences.

A Portrait of the Artist as a Young Man is quite a challenging book. It has a long-lasting charm that grows on you after repetitive readings and a little bit of research. But to be able to grasp this rich novel opens your mind in ways you’ve never seen before.