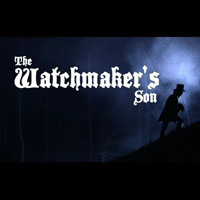 Close this season of love with The Watchmaker’s Son, a heartwarming treat for the whole family.

Produced by Whitestone Motion Pictures under the direction of Brandon McCormick, this short film revolves around the concept of pursuing one’s dream and the desire to be loved.

It tells the story of a watchmaker who thrives to make a watch worthy of his father’s approval, little did he know that the only thing his father wants was a little bit of his time.

The narration is quite clever, it’s told in a third person perspective giving a story book experience to the audience. The rhyming lines were also cleverly penned.

Zachary Burke (son) and Tom Thon (father) were both flawless in their acting skills. Burke has perfectly executed the son’s frustration and longing for recognition.

One thing I liked about the film is its top-notch production. The lighting and music are mounted in such a way that the overall piece evokes a whimsical and magical vibe. It’s quite Tim Burton-esque but still plays on a league of its own.

The Watcmaker’s Son is a brilliant film that recognizes the two definition of love between a father and a son– the desire for approval and time.

This piece is a richly-mounted short film that has a personality of its own and a visual aesthetic that goes beyond levels. It’s that kind of film that will grow beautifully in the hearts of both kids and adults.