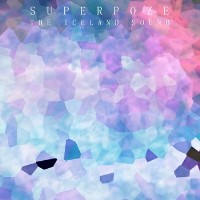 The Iceland Sound EP is his latest effort and it’s as exciting as his previous releases. His resident sound is still present. Although this time, he incorporates a more laid-back, chillout style that’s both soothing as well as hypnotic.

Like much of Superpoze’s tracks, you’ll find yourself gently tapping or bobbing your head to the beats in this one. There’s a laid back vibe mixed with a masterwork of layers, that helps make each single standout. Each song is enjoyable from beginning to end which is rare for any musician or producer to achieve.

Title track, The Iceland Sound, welcomes listeners with a poppy smooth tribal beat.  The beatmaker often infuses his tracks with vocal snippets which adds a great depth. It’s essentially a great opening single and says a lot about Superpoze’s mastery. Meanwhile, London Alone serves as a staple club track while The Iceland Sound (Part 2) is slightly more upbeat compared to its first half.

Overall, The Iceland Sound is imbued with the producer/beatmaker’s signature style. Like his previous albums, it’s a welcome respite if you want something to help you relax without making you fall asleep. Great EP to grab and download. Take a listen.