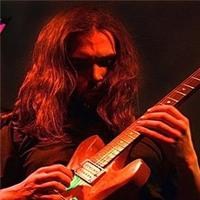 Mandate of Heaven: Hun in the Sun

This is the second time these boys from Syracuse, NY are making an appearance here at Frostclick. Their more recent album, The Next Valley Over was featured last July.

Hun in the Sun is one of the older Mandate of Heaven albums, but it’s nevertheless, still a goodie. The album is laced with beautiful instruments and sweet vibes throughout.

Mandate of Heaven is fronted by Greg Pier, who also uses the same moniker for his solo performances once in awhile. The record might be a few years old but it’s still a must-listen for those who love progressive rock with a slight retro feel to it.

Even though the main staple of the group is Greg Pier (and in most albums he does play almost all of the instruments) Mandate of Heaven is at best a collective. Some of those who have been  a part of Mandate include: Steve Cerio, Andrew Everding, Bob Kane, Tom Ward III, Gregg Yeti, Chuck Gwynn, Dave Kane, Ted Nicolie and Rachel Bass to name a few.

Hun in the Sun is available as a free download under Creative Commons. It’s one of the first albums the group has recorded. Opening with the laid back alternative pop rock cut, Versions of a Life; the song is like listening to U2 and Muse’s lovechild. Vocals are lovely and the song has a nice beat.

Overall, listening to a Mandate of Heaven record never disappoints. If they’re kind of music is right up your alley, then this record will certainly please you. If in case it’s not, then maybe it’s time to get acquainted.